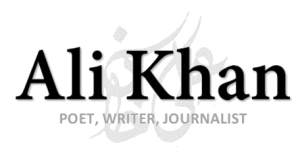 A complex of any kind is a bad thing. When a complex is mixed with other “ingredients”, such as “power”, “inferiority”, “superiority”, “fear”. etc., it becomes even worse like a disease, cancer, dangerous or a lethal recipe of self-destruction which may consequently lead someone to political, intellectual or even physical death or suicide.

There are lots of people around us who are living with the symptoms of a complex of some sort but we can afford to ignore them as long as the “wrath” of their complex doesn’t affect us.

However, we can not afford to ignore leaders or politicians (and especially generals-turned-politicians) due to their constant effectiveness, visibility, interference in our daily lives. Being law-abiding and clean citizens, we must ask our leaders and politicians to seek help if we find them a victim of a complex of some sort after reading “between” and “in” their lines. Lets look at some immediate case studies.

Lets start with Mr. Ariel Sharon. Mr. Sharon is a general-turned-politician and Prime Minister of a Zionist Regime [i]. Since his early days in the military, he happened to suffer from “insecurity” and “inferiority” complex like every Zionist [ii] on this earth. The world, especially the Palestinians, has seen and continues to see and suffer from the “wrath” of his complex. Further, as a committed believer and follower of “eye for an eye” and “kill them before they even think to kill you” Zionist doctrines, he is tying his best to rescue his “God-Chosen” (Did someone say God-cursed?) Zionist clan as a Messiah. Mr. Sharon is determined to re-write the history and let people forget the name of his precedent and mentor, Mr. Adolph Hitler, and remember his name in the black book of world atrocities with the black ink committed by the people who suffer from complex of any sort. Thanks to his wrath of his own complex, he has already earned the extraordinary “award” of a war criminal. Having known about the war-criminal “award” and the added “ingredient” of “fear” to his complex, nowadays, Mr. Sharon is trying to write his last will and obituary altogether by “showering” additional wrath on the Palestinians, while waiting to be indicted.

Mr. Pervez Musharraff, is another interesting case study. Mr. Musharraf is also a general-turned-leader. Previously, he has been known suffering from “inferiority” complex like every other Muslim leader in the Islamic world. But the day he became “President” (Did someone say dictator?), of Pakistan, his disease has become very severe. (What I find very ironic about these so-called “Muslim” leaders is that, the day they “install” themselves, or “get installed” by “someone”, into the power, is the very same day they completely forget about their own people. No doubt, Power turns humans into monsters.) Having recently been intoxicated by the increased dose of “power” complex, injected by the lone super-injector (courtesy by one of the participant of “axis of lobbies”, the Oil Lobby), he has foolishly disclosed his childish wish to rescue Islam in Pakistan with the cure of his ideal (Did someone say where is the Pakistani Ideal?), Mustapah Kamal Pasha’s brand of Turkish Secularism [iii]. It is interesting to note that Mr. Mustapha Kamal Pasha is disliked (Indeed, liked by the West) in his own country and there is no absolute religious freedom (as per Western standards) in Turkey, thanks to Mr. Pashas brand of Secularism. Frankly, we have seen pros and cons, rise and fall of almost every Man-made system including Democracy, Socialism, Secularism, etc., but pros and cons and rise and fall of a God-made system, Islam, is yet to be seen. It is a reality that there is not a single true Muslim country in this world including Iran and Sudan. Most of the Muslim countries are Secular-Islamic countries. Further, Mr. Musharraf has declared Muslims as “the poorest, the most illiterate, the most backward, the most unhealthy, the most un-enlightened, the most deprived, and the weakest of all the human race”. He does not take any responsibility whatsoever that “presidents” and “kings” of his kind are part of the problems faced by today’s Islamic world. Mr. Musharraf continues to be ungrateful to his own people and grateful to his masters like every other “Muslim” leader, thanks to the severity of his “inferiority” and “power” complexes.

Finally, lets look at the case study of Mr. George W. Bush. Mr. Bush is inherently suffering from the complex of “superiority” and “power” like most of the Westerners on this earth, otherwise he is a simple man. Since Mr. Bush is the by-product of “axis of lobbies” (Did someone add “lobbies’ coalition”?), “labor-of-love of judiciary’s fine stroke” and a family, who strongly believe in the “power of check-book” and in mutual “co-operation” (Did someone say corruption?), he naively believes that he can Americanize and rule the whole world with the “borrowed” terms from the history, few tools of destruction (Did someone add self-destruction?) and fragile and easy-to-evaporate “good-will” of companies like McDonalds, GE (Did someone mention Enron?) .etc

Like Sharon, He also believes that he is the Messiah of Capitalism (Did someone add Christianity?) and can eliminate “Terrorism” (Did someone say Islam?) from the face of the earth over the slippery shoulders of “lobbies”. Under the influence of his complex of “power” and “superiority,” he happened to be the first American President who “corrupts” the democracy with religious quotes from the Bible (Hey, Doesn’t Osama quote from the Quran?) in his speeches though this was the least thing on the minds of English Puritans who were the very founders of American Democracy. It appears that George W. Bush has forgotten that America was founded for the sole and primary purpose of religious freedom and lack of religious persecution as the Puritans were facing in their time in England. Thanks to the encouragement of the Zionist Lobby (who have used American troops to fight their wars in the past more than one once..) and the lust of more “business” of the Oil Lobby and his family, he has won the “noble prize for war” for beating the drums for the third (May be the last) world war. As Mr. Bush’s complex of “Superiority” and “Power” seems to get worse day by day, the days of another crusade become closer. Though in this crusade, we would never admit that the other side has any valuable contributions to society whatsoever.

Well, we have seen in the above paragraphs how a complex of any kind can make people act. Now lets flip the coin and look on the other side of the coin. Let us turn the table. For few moments, let us forget about the complexes of Mr. Sharon, Mr. Musharraf and Mr. Bush and give them the very important tool of “humbleness”. In the “ideal” world (which is too far-fetched), with the quality of humbleness:

Trust me, this world would become closer to a paradise. Wouldn’t that be a nice change?

These are just few examples of the accomplishments that can be achieved if our leaders or politicians can become a little more humble.

Alas, as my late Granny told me it is not going to happen until the last big war before doom’s day. I wonder if that is the war for which Mr. Bush is beating the drums these days.

Therefore, I am just waiting and thinking that a complex of any kind is a bad thing۔ Isn’t that true?

[i] Yes, Israel is NOT a state but a regime since it does not qualify the definition of a STATE as per any average dictionary. According to an average dictionary, the definition of state is: “a politically unified people occupying a definite territory; nation.” Neither Israel has “politically unified” people but “imported” secular Jews” to displace the natives, the Palestinians, nor “definite” territory but “undefined” and “desired-to-be-expanded-as-per-Zionist-beliefs” – stolen or occupied territories of an ancient, independent and bona-fide Palestinian state where the “settlements” are used as strategic “bunkers” to keep the existed territories and steal more. That’s why Israeli Officials’ statements of “self-defense” as a “state” are shallow and illogical. So, it is suffice, logical and rational to say that Israel is a Religious Terrorist Regime but NOT a state.

[ii] There is a sheer difference between a Zionist and a Jew. A Zionist is equal to a fanatic and a Jew is equal to an ordinary religious person.

Get a job Go to work

The best way to predict

Treat people the way you want to be treated

You will never understand 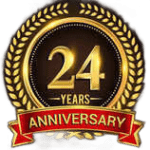 One day I will leave and never come back